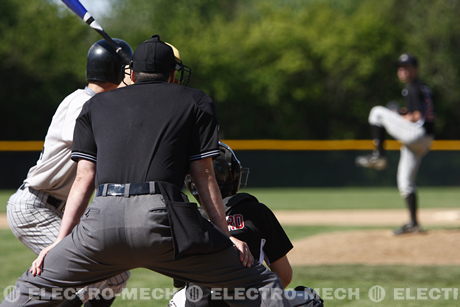 The man who invented the baseball wasn’t really a man at the time of his creation he was a schoolchild who loved the game of “round-ball”. His place in the history of baseball in the United States is one of recognition only as he never made a dime on his invention. He is not to be confused with the man who invented the “game” baseball. In fact, the man who invented baseball may not be who you think it is. Let’s take a look at baseball history and see if we can unravel the mystery of America’s pastime.

The Boy Who Invented the Baseball

Schoolchildren in Stoughton, MA as well as other children in towns and cities across the country played a game called “round ball.” The format of the game was to throw the ball at the batter as he rounded the bases. If the batter was hit with the ball, he was called out in addition to receiving a nasty welt. The balls were made of an ounce or two of lead wrapped in yarn and then covered in leather. These crudely made balls came apart easily and the games were held up with constant repairs.

Sitting in class one day and daydreaming of his favorite game, he scribbled out a design that would revolutionize baseball. He experimented with the design in his father’s shoemaker shop and finally made a ball that would not come apart easily and inflicted less damage to the runner. The two-piece, figure eight stitching that he invented is the same design that is used in the baseballs of today. Within two years of his unpatented invention, Harry and George Wright got a hold of his designs and began selling balls to baseball teams for profit. The boy who invented the baseball never made any money from his creation.

The Man Who Invented Baseball

For many years Abner Doubleday was heralded as the man who invented the game baseball. It seems that this may have been an elaborate hoax. You see, Doubleday was a native of Cooperstown, New York and he was credited with inventing the game there in 1839 based on the testimony of one Abner Graves. It seems that within a year of his declaration that Doubleday was the inventor of baseball, he was committed to a mental institution.

This did not sway the businessmen who had established the Baseball Hall of Fame in Cooperstown as the story fit well with their plans. They needed a link between their plans to establish the Hall in Cooperstown and the town itself. Abner Doubleday fit the bill perfectly and profitably.

Congress conducted their own research into the history of baseball in the United States and in 1953 declared that Alexander Cartwright came up with the rules for modern baseball. Cartwright played for the New York Knickerbockers and in 1845 he met with other players to establish definitive rules for the game. They came to an agreement on:

Until further evidence is uncovered, Alexander Cartwright is now considered to be the man who invented baseball and Ellis Drake is the boy who invented the baseball.

Keep it locked here at Electro-Mech for all the latest in baseball news, trends, lates and greats, because we’re more than just an electronic baseball scoreboards manufacturer. We looking into history of the baseball game, too.