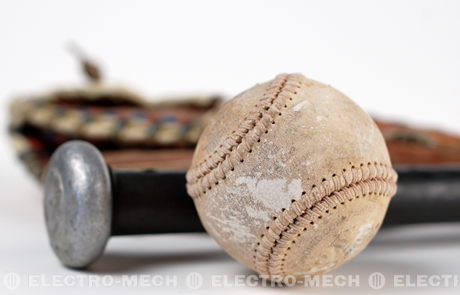 150 years offers a lot of leeway for the development of traditions in baseball. There is always an evolution of rules and guidelines when it comes to sports; and in most cases, these are established based on safety or fairness. Baseball, however, has some rather unusual or downright weird rules for the game. As you watch the game and view the electronic scoreboard with confusion, keep these in mind and the fact that they are completely legal.

In the early days of the game, a pitcher in the 1900’s wouldn’t have used a knuckleball, a cut fast ball or even a 12-to-6 curveball. Almost every pitcher of that era used a ‘spit ball’. For those that aren’t aware of this type of pitch, it involved a pitcher actually spitting on the ball. The purpose was, of course, for better grip. Later this also related to wiping brow sweat on the ball and then, eventually, it related to any amount of moisture that would be placed on the ball. By the 1920’s, the spitball was outlawed and rules were established as pitcher-only rules. In a nutshell, a pitcher cannot wipe his forehead or brow, touch his waistband or lick his hands prior to pitching, but instead, wipe his hands on the outside of his uniform prior to pitching. This rule stands today.

In Major League Baseball, the strike zone is defined as being between the waist and the knees. When a pitcher has missed the strike zone in pitching, in 4 pitches before 3 non-contact strikes have been thrown, this is considered as a ‘walk’. If the batter walks during a time when the bases are loaded, that batter is given a Run-Batted-In, even though the batter didn’t actually hit the ball.

In baseball, if a batter has two strikes and misses a third, it should be considered a strike out. However, he is given a chance to go to first base if the catcher doesn’t catch the ball completely. This is not allowed if there is a player on first base, and he is considered ‘out’. But runners themselves, are permitted to move to the next base and attempt to get a next base while the catcher is getting the ball. In Major Baseball Leagues across the country, this rule is being used every day. This rather strange set of rules can affect the on-base percentage of a batter, increasing his standing, even though he didn’t hit the ball.

In a move to prevent player substitutions without the option of an opposing manager to switch pitchers, the Major Baseball League established a player rule. Once the player has been announced on the public address system, he must remain in the game to bat or be considered ineligible for the rest of the game. The rule was also established to prevent same game player re-use. There can be problems regarding the pace of public announcements for each team. The public announcer thereby has the responsibility of introducing a player, based on his own discretion, allowing the opposing manager time to make any changes. Today’s electronic scoreboard usually includes the player list to help reduce the confusion.