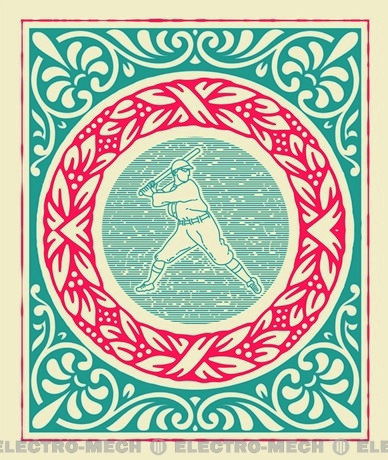 It’s understood that apple pie and American baseball are two of our iconic claims to fame as a culture. Baseball is played in every town, city, school and open field in our country and we have established a complete set of traditions that blend with the sport. With so many sports choices and excellent players and teams in the U.S., how did baseball take the top spot as the favorite?

You might be surprised to find out that the popularity of baseball really didn’t come about until the 1940’s. There were a number of reasons which all seem to culminate together at synergistic moments. Joe DiMaggio became a celebrity of the country when he hit in fifty six straight games. As a nation, we entered into a war, which removed potential male players. Baseball saw the introduction of women on the field and the All-American Girl’s Professional Baseball League was founded. The country needed the chance to have fun during a time of crisis, and the women in this league played just as hard and fast as the men. It took a while, but game attendance for the girl’s games continued to increase until there was little or no distinction between the games.

As the war waned and men slowly returned from the battlefield, Jackie Robinson entered the playing field, breaking barriers and records. This 1947 move also involved an oath that Jackie Robinson took. The bigotry at the time was high and Jackie promised to not strike back, as he joined the all-white team of the Brooklyn Dodgers. His high sense of honor and his incredible talent gave him the ability to receive the first Rookie of the Year award. Defiance against prejudice in the game continued as Brooklyn’s Branch Rickey makes plans for the Dodger addition of a black player and with the hope that Ebbets Field will be opened to black fans. The topic of baseball became the most talked-about sport and at this point, became America’s favorite.

Baseball was proven to be a sport for all races, creeds and sexes and could be played wherever someone found an open field, with little financial investment for equipment. Working class teams could easily be formed and it was quite common to see competitive companies facing off on the fields. Baseball took on a new definition as it appealed to the everyday citizen. Generic open fields began to be replaced with stadiums around the country and of course, there was the addition of the hot dog and beer from the vendors. As we progressed into post-war times, a positive growth economy led to the blend of summertime and baseball as intertwining events. Electronic scoreboards were added to the largest stadiums, bringing technology to the masses.

Every town and city in the U.S. began boasting a top baseball team and this led to more aggressive competitive play offs. Training centers in some of the more warm climates were set up so that teams could begin practice ahead of the actual playing season. As with anything in America, baseball also joined the ranks of big business profitability. Teams, merchandising, equipment and even the players themselves were envisioned as all-time icons, representing everything that was good and healthy about America.

It is now common place for fans to crowd the stadiums in anticipation of a baseball game. Faces smiling, their favorite team jerseys on, fans eagerly look up to the electronic scoreboard as they hear “Play Ball”.